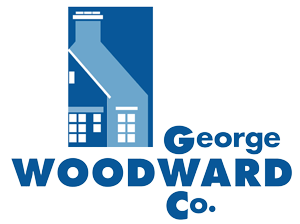 In the early 1880’s, Henry Howard Houston, a director of the Pennsylvania Railroad, bought three farms comprised of more than 3,000 acres. The parcel bordered Germantown and encompassed what is now Mount Airy, Chestnut Hill, Roxborough, and Andorra.

Houston engineered a spur railroad line to service the area and built the required infrastructure and approximately 100 houses that were either sold or leased to tenants. The infrastructure included building streets, railroad lines, and railroad stations. By bringing the railroad to Chestnut Hill, summer vacationers were able to escape the heat of Center City and enjoy the peaceful beauty of the Wissahickon Valley. To attract the vacationers, Houston also built The Wissahickon Inn (Chestnut Hill Academy today), Church of St. Martin-in-the-Fields, The Philadelphia Cricket Club, and sporting fields. Today, Houston’s statue can be seen where it still stands at Lincoln Drive and Harvey Street, an area officially known, although forgotten, as the “Houston Ramble”. 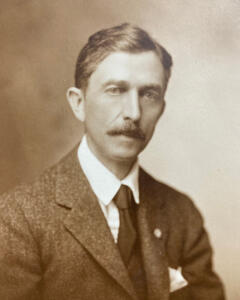 In 1904 Dr. George Woodward, who had married Gertrude, Houston’s youngest daughter, furthered the family’s real estate interests by purchasing a group of dilapidated houses west of Germantown Ave. along Springfield Avenue. He replaced them with an attractive collection of twin houses. These were so popular that a waiting list was implemented that is still in effect today. Dr. Woodward established George Woodward, Inc. in 1921 and went on to build over 400 houses, including single homes, more twins, and a new experiment in home building – the quadruple house (four units under one roof). Woodward was a pioneer in the field of adaptive reuse of older buildings for modern purposes. Many of these buildings and mini-developments were featured in the architectural journals of the day. 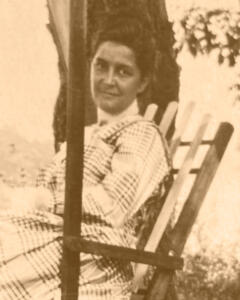 In addition to being early developers of fine architecture and urban design, the Houstons and Woodwards were quite devoted to the support of their community. The family’s donations to the city included the Water Tower Recreation Center, Pastorius Park, a large part of the Wissahickon Valley, the Schuylkill Valley Nature Center, and Houston Hall on the campus of the University of Pennsylvania. Today, Chestnut Hill is considered one of the city’s most desirable neighborhoods and is registered as a National Historic District.

For more on the history of the Houston and Woodward families please read Suburb in the City written by David R. Contosta.

Be the first to know about newly available properties.